WHAT IS BOPP TAPE？

what is bopp tape？

2. Distinguish the quality of BOPP TAPE from its appearance

3. The influence of ingredients on BOPP TAPE

4. How to distinguish good from bad for colored tape?

5. Judging BOPP TAPE from the perspective of process

6. Summarize and judge the quality of BOPP TAPE

7. Analyze some other secrets of BOPP TAPE with years of experience

BOPP is biaxially oriented polypropylene. The full English name is Biaxial Oriented Polypropylene, which means that it is stretched in both longitudinal and transverse directions to greatly improve its performance.

Ordinary packaging and sealing tape (BOPP biaxially oriented polypropylene) tape is an indispensable product in the life of any enterprise, company, or individual. Due to its low technical content and numerous manufacturers around the world, the products on the market are uneven. The tape industry in many countries around the world is still at a stage with very low technical content, and there is no complete standard for tape. Many consumers' understanding of tape lies in its low price and good stickiness. In fact, this is all wrong.

2. Distinguish the quality of BOPP TAPE from its appearance

The tape is based on the original BOPP film, after high-voltage corona, the surface is roughened, coated with glue, and then divided into small rolls. This is the tape we use daily, so first of all, the strength of the tape depends on the quality of the BOPP film. Thickness, the BOPP film made of raw material particles has good brightness, strong flexibility, and less impurity black spots. The tape made of this film does not add toner for impurity masking, so the finished transparent tape is pure white.

After the finished product is placed for about a week, the transparency of the tape below 100 meters is very high. Generally, the thickness of the film is between 28 micrometers and 30 micrometers. However, because the strength of the BOPP film doped with recycled materials is reduced, the thickness of the film is only thickened. This kind of tape feels very thick to the touch, but the strength is very poor. The period is very short, and obvious aging will appear when placed for about half a year, the surface will be brittle, and it will be easy to break when used. 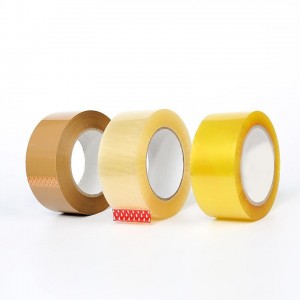 3. The influence of ingredients on BOPP TAPE

Ordinary sealing tape glue is acrylic glue, also called pressure-sensitive adhesive, the main component is tincture. Tincture is a kind of macromolecular active substance, and the temperature has a certain influence on molecular activity. The tincture content of the glue directly affects the use of the tape. Many individuals think that the sticky-feeling tape is good glue, but this is actually wrong. There are two criteria for the quality of adhesive tape in use, one is the initial adhesion, the other is the retention, and the two are inversely proportional. Generally speaking, adhesive tapes with adhesive strength lower than No. 10 are less glue-covered, generally only about 20 microns, such as stationery tapes, tapes for ordinary promotional bundling. The initial adhesive force of normal sealing tape is between 15 and 20, and the thickness of this tape glue is generally 22-28 microns. It is the thickness that meets the standard. However, most of the tapes currently on the market are mixed with impurities, so the thickness increases. In order to hide the impurities, the glue is also mixed with color powder, so the scotch tape appears egg-yellow and light green. This kind of tape is generally inferior.

4. How to distinguish good from bad for colored tape?

Colored tapes are for marking and masking purposes. Generally, beige and khaki are more common. Colored tape is considered by many to be the color of the film, but the color is actually the color of the glue. Pinch the pair of adhesives tightly and then quickly pull them apart, you can pull off the glue on one side, and you can see the purity and transparency of the original film. The most important thing is to see the thickness of the glue. If no glue is pulled apart or pulled apart in dots, there are a lot of impurities in this glue, and the glue has no cohesion. The second is that there is too much water and it has been volatilized. 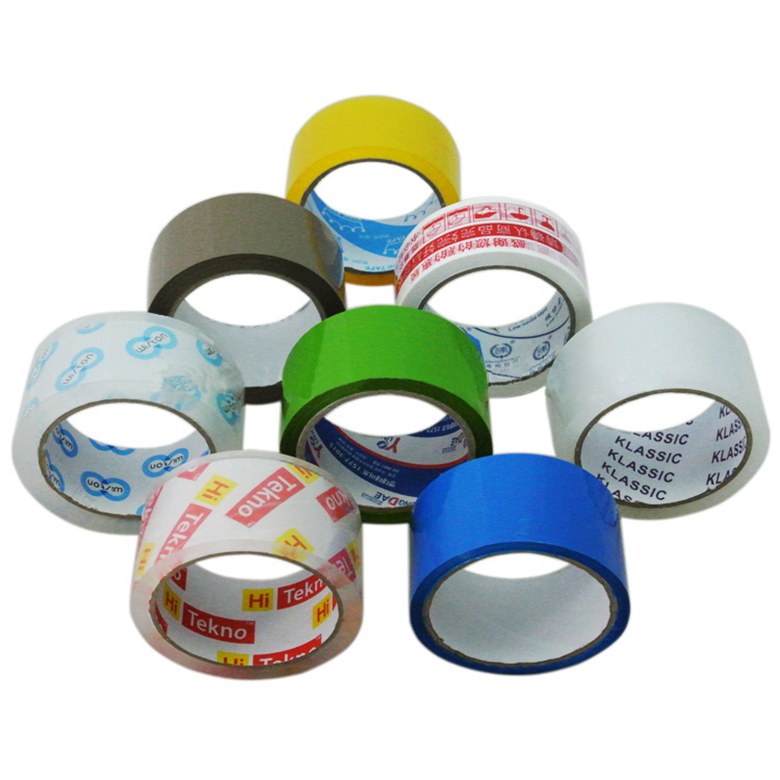 At this time, the initial adhesion of this tape has dropped greatly, and the hand feel can be distinguished. Coat the yellow tape on the object, the better the opacity, the thicker the glue, the better the quality. Compared with the appearance of the tape, there is less glue, the color of the whole roll of the doped tape is very dark, and the tape has a high light transmittance after being pulled. The color of the whole roll of the good tape is not much different from the color of the one after it is pulled, because the good tape has a strong masking property, and there is no color superimposition. To apply impurities to the BOPP film for doped inferior tapes, only the relatively backward direct gluing method is used. Therefore, there are often large impurity particles that are not completely dissolved and jamming occurs. Therefore, the tape is often used during use. There are lines (a place where there is no glue).

5. Judging BOPP TAPE from the perspective of process

The good tape adopts the method of soft plaster transfer and gluing, and there is no line condition (the ink leakage and less printing of the printing tape is related to the printing machine). Another way to distinguish is to look at the surface of the tape. When the tape has just been slit into a finished product, there are bubbles. After a week of placement, the bubbles will basically dissipate. The surface of the tape with pure tincture glue is smooth and without any white spots. The tape mixed with impurities has a lot of irregularly distributed white spots, which cannot be dispersed by hand, which is different from air bubbles.

6. Summarize and judge the quality of BOPP TAPE

In summary, everyone can basically judge the quality of the tape from the appearance of the tape. The most important condition for distinguishing the quality of the tape is not to feel the viscosity by hand, because the doped tape is not volatilized. The initial adhesion is very high, so you need to use tape to paste the object and quickly pull it apart to see the retention. Repeated pasting a few times and then touching it with your hands, you will noticeably feel the decrease in flexibility. Doped tapes are generally dissolved with gasoline and acid when making glue formulations, so the smell is very strong. Regular large companies use toluene to dissolve them, and they have been volatilized by fans during the coating process. 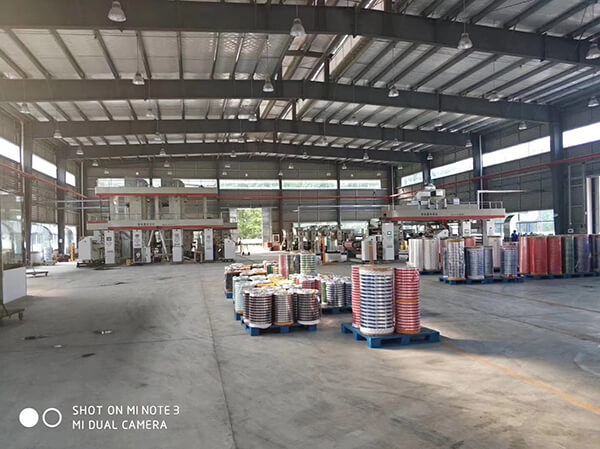 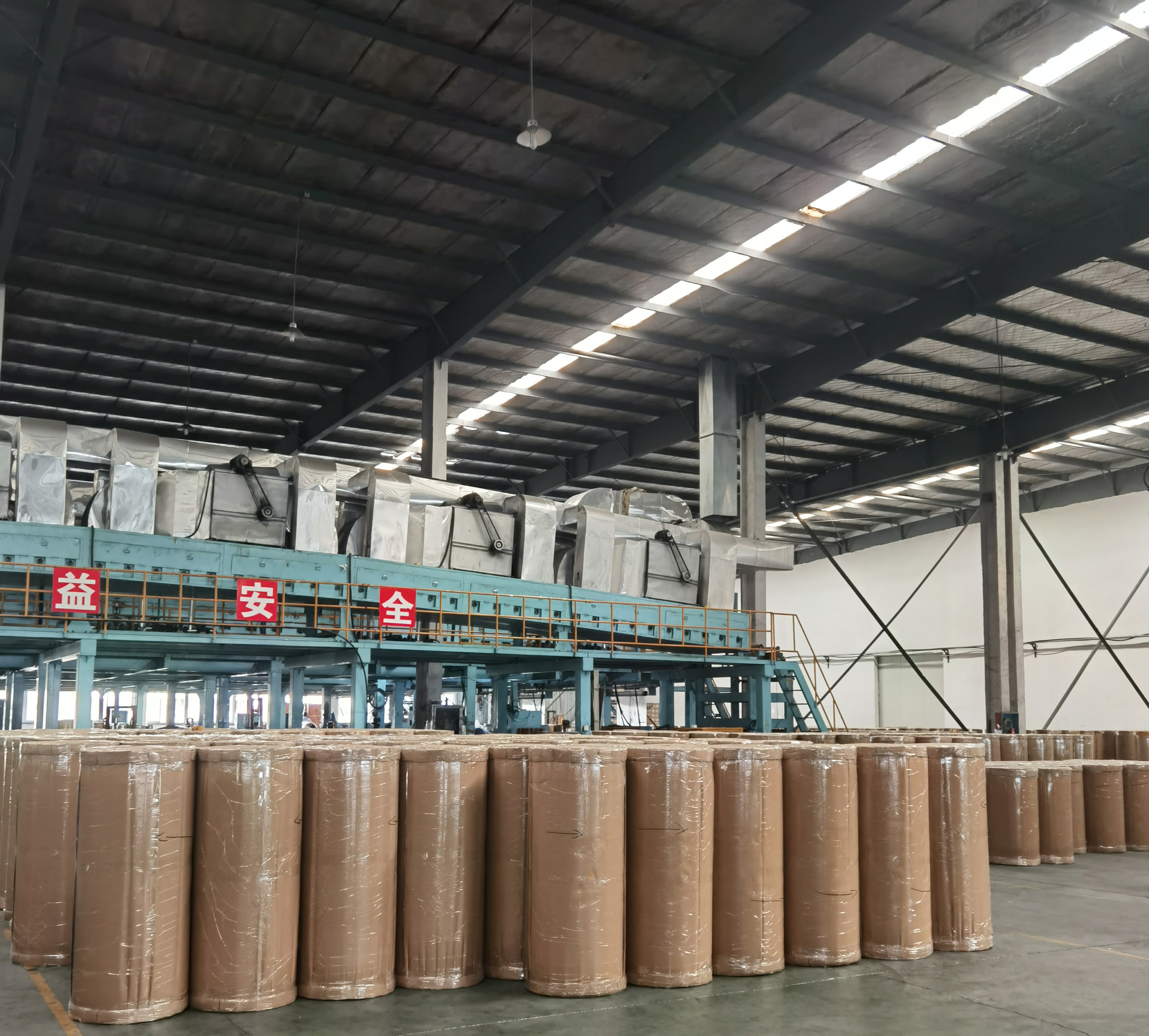 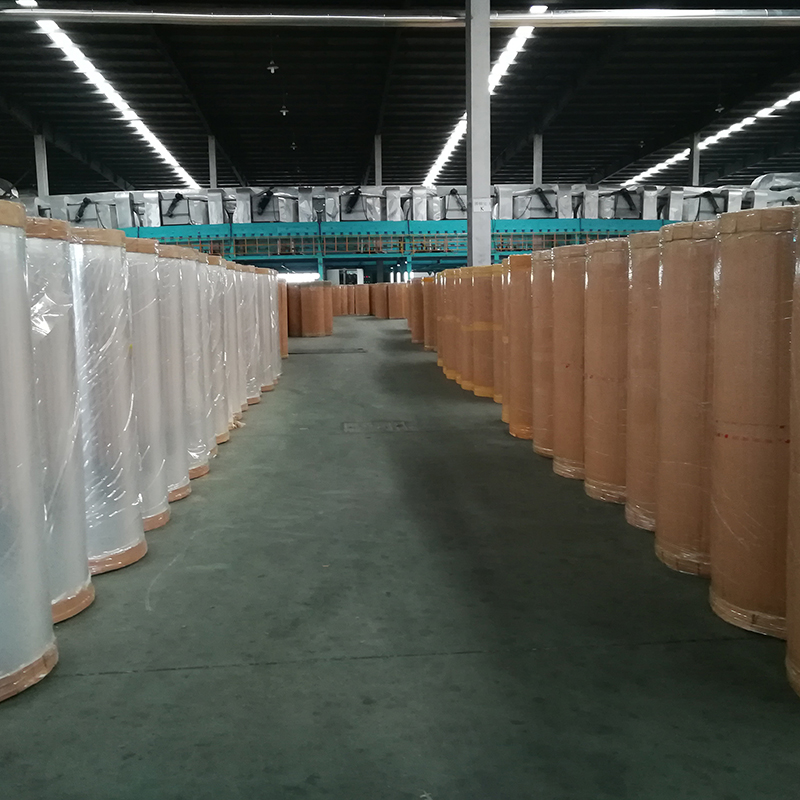 7. Analyze some other secrets of BOPP TAPE with years of experience

Having said so much, you may ask, is there any difference between good and bad tape in use? In fact, the purpose of using tape is not to stick to the problem, but to stick it firmly and not separate. At present, most of the tapes doped with impurities will break apart after a period of packaging operation (between 20 minutes and 1 hour), and cannot be pasted again, especially in low temperature environments and windy dry conditions The next is more obvious. Inferior tapes are fragile and have low strength, which is mainly related to the quality of the film. The tape paper tubes produced by formal enterprises all use high-density paper tubes with no paper scraps on the cut surface, and the thickness of the paper tube is 3 mm for tape below 100 meters, and 4-5 mm for tape above 100 meters. Small companies are blinded. Consumers use thick paper tubes, usually with a thickness of 5-7 mm, which is larger in appearance, but the thickness of the glue is obvious. Therefore, when choosing the tape, you must see the width of the tape and the thickness of the tape. In addition, note that because the inferior tape is mixed with a lot of impurities, there are unnoticeable gaps between the tapes when slitting and winding, so the same number of meters is the case. The next volume will be relatively large, thus deceiving consumption.

For fast and one-time consumer products such as tape, it has a great relationship with energy. Small businesses usually do not have their own technical strength. They need to buy everything from BOPP film to glue, so they do everything possible to reduce costs and cut corners. In China, several relatively large tape companies, such as Guangdong Yongda, Huaxia Technology, and Zhejiang Baiyi, produce BOPP films by themselves. They have their own glue formula and glue making technology. First of all, they are more in place in material management and control. In fact, the overall cost is calculated. In the end, the price differs slightly from that of inferior tape, and even due to energy fluctuations, the price is even lower than that of inferior tape.
(The price of tape is calculated in square meters. The price of each roll of tape is the width of the tape converted to the unit of measurement meters, and then multiplied by the length in meters to get the square meters of a single roll of tape, multiplied by the unit price. The value of a roll of tape.)